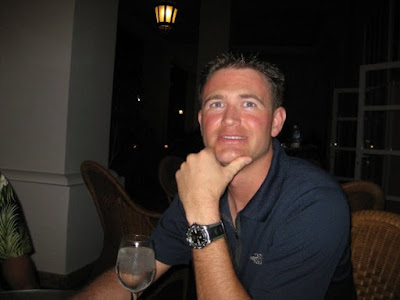 It is always a challenge to try and condense my whole life into a short article; to determine what is significant about my life that is worth sharing with you, and yet, not be boring! I am "new" in BC from Alberta and I am looking forward to meeting new people especially hard of hearing.

Currently, I have a cochlear implant. However, that was not always the case. I was born with a bilateral severe profound hearing loss, so like most hard of hearing individuals, I was outfitted with hearing aids and FM systems; I also had a teacher's assistant and 11 years of speech therapy.

Despite being born hard of hearing, I grew up refusing to accept the word "no" for an answer. If anything, I can't thank my parents enough for allowing me to be mainstreamed in public school. Their best decision was to home-school me for the remainder of my education. While home schooled, I was active with the Royal Canadian Air Cadets and accomplished the highest rank possible with numerous awards. During my time in the Cadets, I was fortunate enough to be accepted in the international exchange program to Australia which was AWESOME! In addition, I worked for four years part-time as a lifeguard/swimming instructor and one summer as an aquatic supervisor for the Canadian Forces.

From there, I went to a private university in Front Royal, Virginia, where I successfully completed the four year Bachelors of Arts program with a major in Philosophy. The opportunity to study in Virginia exposed me to the world of economics by giving me a chance to see New York's Wall Street as well as the world of politics in the heart of the United States, Washington D.C. During the first year of university, I lost the use of my left ear and lost the use of my right ear the following year. For the remainder of my post-secondary education, I was officially deaf. It was a challenge to complete my degree without hearing at all! I was very lucky that I had good friends who would take good class notes for me.

Therefore, after graduation, I returned home to Alberta to enroll in the Cochlear Implant Program as I had nothing to lose! Since I had a choice of two different cochlear implant, I decided to go with Advanced Bionics' Clarion CII model. In April 2001, I went to the University of Alberta Hospital for surgery and was "hooked up" five weeks later. It was also the first time I ever heard of the Canadian Hard of Hearing Association and I was invited to the National Conference in Ottawa, 2001. From there, I became very involved as a member!

To be able to hear with the cochlear implant is awesome! This incredible technology gives me the ability to "hear" again. This allowed me to start up my own company in real estate appraising and I did it for two years before shutting it down to move onto bigger ventures. I went on to become a manager for Edmonton's largest garden centre overseeing on average 100 staff members and, at times, wearing many different hats! Two years later, I left for Vancouver to work for a special project that Nora McKellin was involved with in helping persons with disabilities in the work force. It was a government project in training employers on why and how to hire persons with disabilities and how to retain them. It was an interesting and enlightening experience that ended too soon!

From there, I went to work for an international outsourcing firm, Accenture, to provide computer support to BC Hydro employees for a short term contract. Then I did one summer with my younger brother in expanding his landscaping business as a managing partner in Alberta and returned back to Vancouver, B.C. to work with Accenture again for five years. Currently, I am now an IT Consultant for BC Hydro in their Advanced Technologies Department. In addition, I am involved with the Canadian Hard of Hearing Association since 2001 and a member of the Bionic Ear Association.
Posted by Hear at Home Mobile Hearing Clinic LTD at 2:28 PM